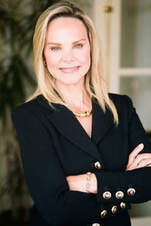 Jane Hight McMurry grew up in “Mayberry R.F.D.,” North Carolina. Her fascination with what makes The Difference in top success began when she left home as a young student for high fallutin’ learning at Oxford University in England. It was in England that she first noticed that it was not simply education that makes The Difference. Her research started with The Beatles’ meteoric rise to stardom—uneducated guys who were struggling, naughty boys failing to reach their goals to “make a lot of money, be bigger than Elvis, and attract a lot of girls”…until they learned some secrets to success—success so great that unless you live under a rock, you know them. A Beatles’ song is played somewhere in the world every 15 seconds and their music continues to be the fourth highest selling in every age group—47 years after they ceased to be a group.
A Phi Beta Kappa graduate, Hight McMurry taught at UNC-Chapel Hill, UNC-Wilmington, and BB&T University (Branch Banking and Trust) but more fascinating about her is that since those early nose-in-a-book years studying success, she’s found herself face-to-face with A-Listers in every field—athletes, celebrities, and CEOs. What she personally learned and now shares about A-Listers in every field is what makes her unique. She explains the actions A-Listers took that made The Difference in their achievement of extraordinary results not only from her base of solid research but from observation and information learned by unabashedly asking every A-Lister she's met, “What is the one thing that made The Difference in your success?” You may be surprised to learn that not a single one mentioned education, skill, talent, luck, body-build, or money.  Hight McMurry’s passion is telling their stories, sharing their secrets, and teaching step-by-step not just WHAT made The Difference for the most successful people on the planet but more importantly, exactly HOW they did it—so you can too!
​Her Socially Smart® tips were broadcast throughout The People’s Republic of China as the Chinese prepared to host the 2008 Olympic Games and achieve leadership in the international market. She is a best selling author consistently ranking in the top 1% Amazon authors for two consecutive years. Her book on women’s leadership success is now available in Germany, Switzerland, and Austria: Elegant durch den Business-Dschungel.

Jane’s professional career has exposed her to a variety of business environments ranging from formal financial management offices and healthcare environments to more casual advertising agencies. She has had practical experience and professional interaction with business executives and healthcare providers at every level. Some of her clients, colleagues, and senior managers were extremely poised and polished. She’s witnessed plenty of blunders and bad examples as well knowing that those naughty bad examples—whether they’re in Mayberry, Manhatten, or Malaysia could be business rock stars if only they knew how to Win the Game, the Gig, and the Job.

​Navigating the Lipstick Jungle:
Go from Plain Jane to Getting What You Want, Need, and Deserve!" equips with the skills you need beyond education and technical skills to reach the pinnacle of success.  It’s for every woman—young, old, working and at home who wants the happiness and rewards she deserves. Learning HOW TO make dreams come true with life changing information is why participants not only say Jane is witty and fun but that her program is, “The best women’s program EVER!”
​SCIENTIFIC COMMITTEE:
Dr. Rosario Arceli - Adventist International Institute of Advanced Studies, Philippines
Dr. Olufunke Olaleye - Federal College of Education (Special), Oyo, Oyo State, Nigeria
Ms. Nazeleh Jamshidi - International Federation of Red Cross and Red Crescent, Afghanistan
Dr. Nina Sivertsen - Flinders University, Australia
Dr. Kazuko Yokoyama - Toyo Gakuen University, Japan
​CONFERENCE PARTNERS:
Copyright Tomorrow People Organization © 2002-2023, All rights reserved.